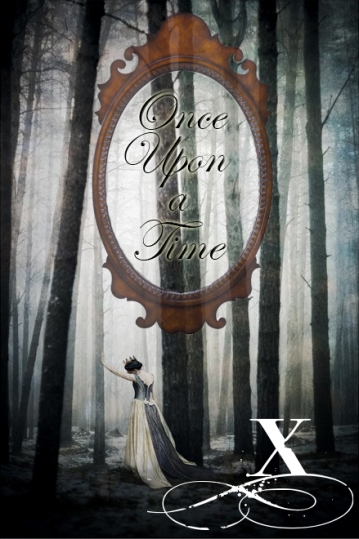 It’s that time of the year again: Carl at Stainless Steel Droppings is hosting his Once Upon a Time challenge for the 10th time! It’s probably fair to say at this point, that the event has become an institution. Kudos! Here’s what the challenge involves in Carl’s own words:

“Monday, March 21st (my wife Mary’s birthday) marks the official start date of the tenth annual Once Upon a Time Challenge. This is a reading and viewing and gaming event that encompasses four broad categories: Fairy Tale, Folklore, Fantasy and Mythology, including the seemingly countless sub-genres and blending of genres that fall within this spectrum. The challenge continues through June 21st and allows for very minor (1 book only) participation as well as more immersion depending on your reading/viewing/gaming whims.”

I’ve decided to go for more books but less restriction on categories and thus the Quest the First category: “Read at least 5 books that fit somewhere within the Once Upon a Time categories. They might all be fantasy, or folklore, or fairy tales, or mythology…or your five books might be a combination from the four genres.”

Making a list for a reading challenge is all kinds of fun in itself, so here’s a number of books I’m very excited about and which are probably heavy on the fantasy, but combine other elements as well:

This is a trilogy of epic indigenous fantasy set in the Old World during the 18th century, about the Kyn of the Everland and their detructive encounter with humanity. Drawing on traditions of high fantasy and indigenous mythology, Cherokee author Daniel Heath Justice creates a founding tale of non-European fantasy that bends gender, genre and sexuality. I can’t wait for my copy to arrive!

A Stranger in Olondria by Sofia Samatar

This one’s been on my list for ages and it fits the challenge perfectly. Merchant son Jevick has been raised on stories of Olondria, a land where books are common. When he gets the chance to make a trip to Olondria, his dreams seem to come true. But once there he is haunted by the ghost of an illiterate young girl. And there’s now a second story about Olondria, Samatar’s The Winged Histories.

Who Fears Death by Nnedi Okorafor

I picked this up recently, read a few pages and only then noticed it wasn’t The Book of Phoenix, which I thought I was reading. But, this is quite convenient as I will just read this one for the challenge now. Who Fears Death is the story of a child born of rape in post-apocalyptic Africa, who discovers her magical abilities and seeks to end the genocide of her people.

I absolutely adored the first issue of this one and with Scribd changing its policy, I wanted to get some more comics in. This is for the fairy tale category and it brilliantly subverts gender and racial stereotypes. The author is white but has thought of these stories for his Black daughter, so that she can see herself represented in non-oppressive stories.

I loved Hopkinson’s Brown Girl in the Ring and just cannot resist this one either. This one is fantasy/sf with lots of Caribbean folklore. Set on the Caribbean-colonized planet Toussaint and Tan-Tan must become the Robber Queen to save herself from folklore creatures. 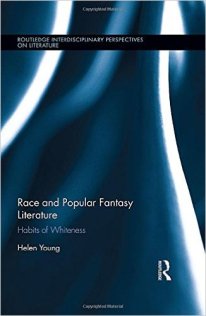 And as a sort of non-fiction compendium, I want to take a look at this one. I’m lacking the sort of context and background that comes with reading a lot of fantasy for years, so I want to catch up but also do this through an critical race studies lens.

Are you joining us in the Once Upon a Time challenge? Or maybe you have some folklore and fairy tale suggestions? Let me know in the comments!