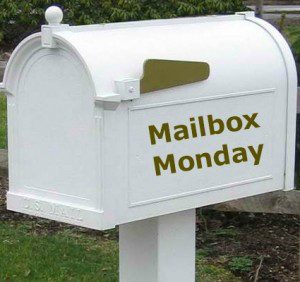 Mailbox Monday is the gathering place for readers to share the books that came in their mailbox during the last week.

It’s been ages since I’ve participated in this meme, but it’s lovely to see that it’s still around. You’ve probably noticed it’s been a bit more quiet around here and many know I’m one step away from graduating, but I need to concentrate on studying and so I thought I’ll leave you with bookish envy until I return August 4th.

Usually, I don’t get that many books in my mailbox but this week has been lovely and added three exciting works to my shelves: 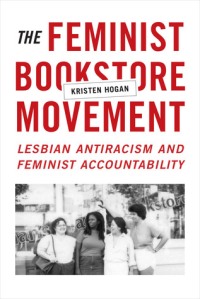 From the 1970s through the 1990s more than one hundred feminist bookstores built a transnational network that helped shape some of feminism’s most complex conversations. Kristen Hogan traces the feminist bookstore movement’s rise and eventual fall, restoring its radical work to public feminist memory. The bookwomen at the heart of this story mostly lesbians and including women of color measured their success not by profit, but by developing theories and practices of lesbian antiracism and feminist accountability. (Amazon) 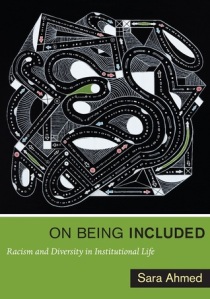 On Being Included: Racism and Diversity in Institutional Life (Sara Ahmed)

What does diversity do? What are we doing when we use the language of diversity? Sara Ahmed offers an account of the diversity world based on interviews with diversity practitioners in higher education, as well as her own experience of doing diversity work. Diversity is an ordinary even unremarkable feature of institutional life. And yet, diversity practitioners often experience institutions as resistant to their work, as captured through their use of the metaphor of the “brick wall.” On Being Included offers an explanation of this apparent paradox. It explores the gap between symbolic commitments to diversity and the experience of those who embody diversity. (Goodreads) 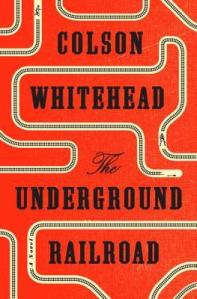 Cora is a slave on a cotton plantation in Georgia. Life is hellish for all slaves, but Cora is an outcast even among her fellow Africans, and she is coming into womanhood; even greater pain awaits. Caesar, a recent arrival from Virginia, tells her of the Underground Railroad and they plot their escape. (Goodreads)

The first two books I splurged on when Duke UP had a 50% sale and I’ve been wanting them for quite some time. Sara Ahmed is one of my favorite activist academics even if she is intimidatingly smart and I love the intro. Hogan’s books sounds amazing and it’s a topic I wish I knew more about. It’s written by a white woman but I’ll be interested to see how she works the antiracism angle. And finally @BlackBrainFood (must follow for amazing tweets on Black culture) over on twitter send me their copy of Whitehead’s new book, I’m so excited to read this!

Which books are new on your shelves? Bought or otherwise acquired.